OUR AFGHANS (Click on the name to see details) : 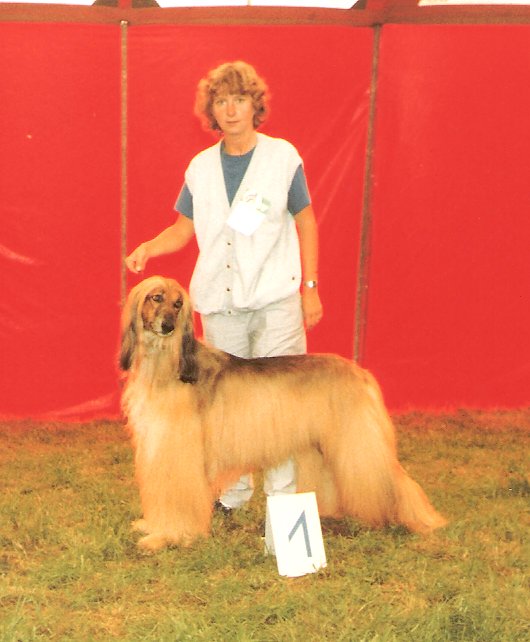 He was the first dog in my life, my first Afghan and first show dog. 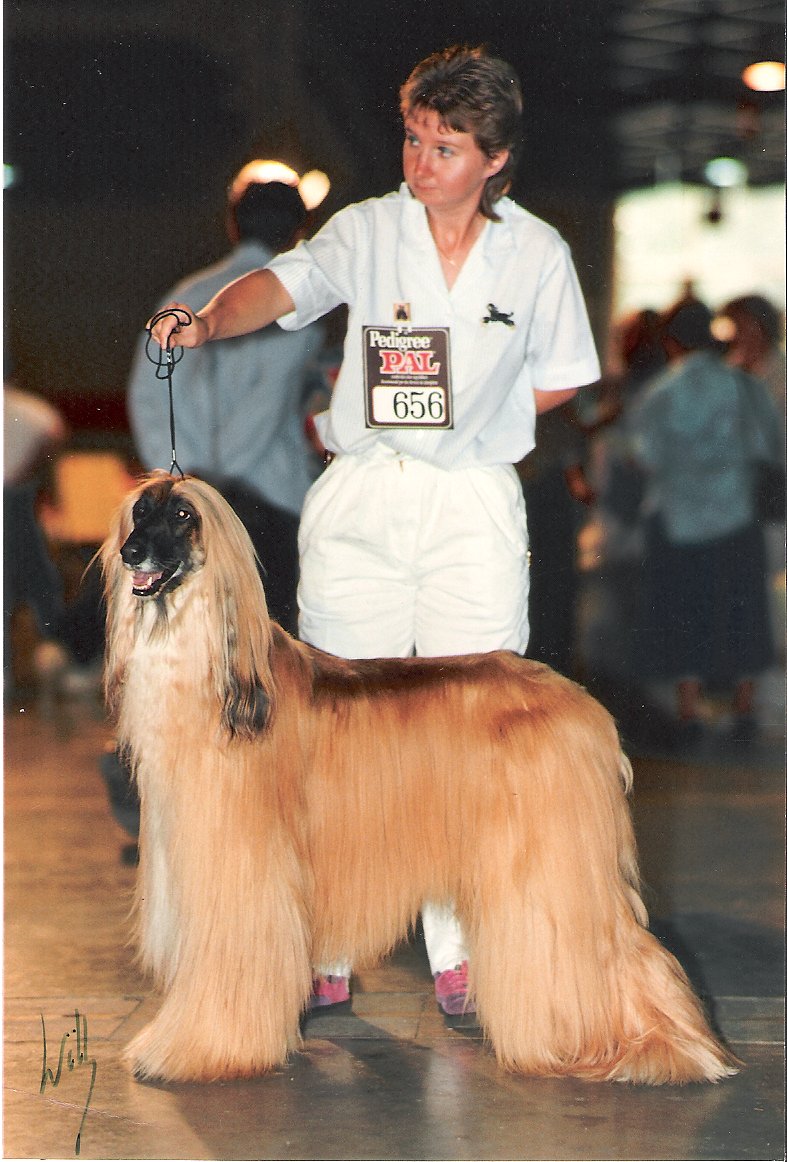 My husband had promised  to me a second Afghan as wedding gift. Gayak thus arrived at home in September 82.

He came from a family small kennel of our area. His parents did not have any affix, but it had origins from Huilaco's, Mocoloc & Pandjah.

It is with him that I won my first CAC. 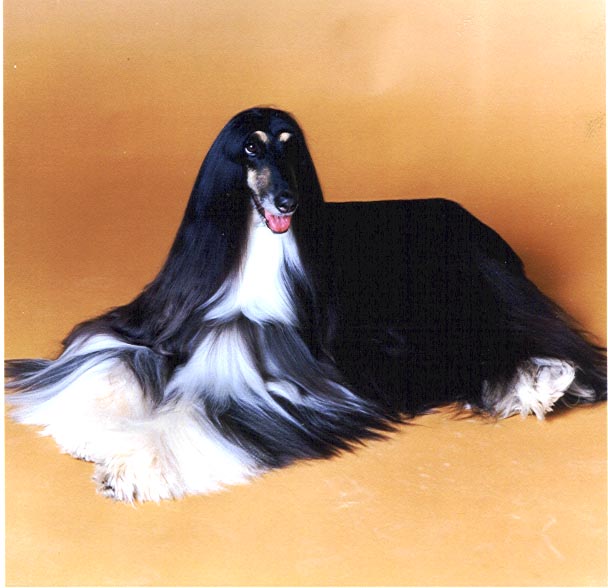 Kurby was half sister of Gayac, she was the mother of our first homebred litter, sired by Multi Ch. Cartier Simply Irresistible (10 puppies). 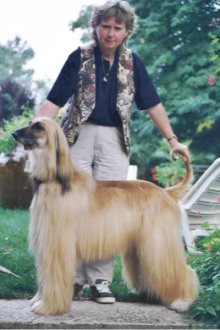 Quinta was the pick out of our first homebreed litter.

She had one litter out of Multi Ch. Chandigarh's Earth Wind and Fire (8 puppies)

She is the mother of 2 champions (Vahlika and Virginia)

She was 8 years old on the pic 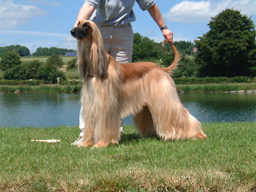 Vahlika was our first choice of the litter.

She got also the FCI international working certificate.

She had one litter (only two puppies alive) out of Multi Ch. Mario Boss du Menuel Galopin and is the mother of our multi Ch. Bahiya d'Abd El Shiraz. 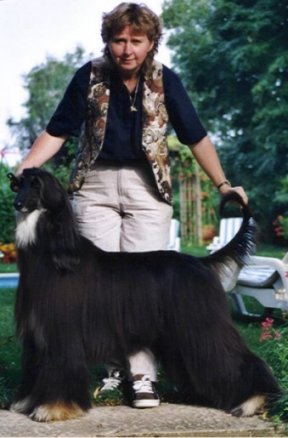 As we didn't find anybody interested by her, we decided to keep her at home with her sister Vahlika.
She obtained finally the best results as she won 3 championships titles (she won several CAC, CACIB and BOB, and became Belgian, German & Luxembourg champion), and was our best Afghan in lure-coursing competions and got also the FCI International Working Certificate.

We didn't bred her. 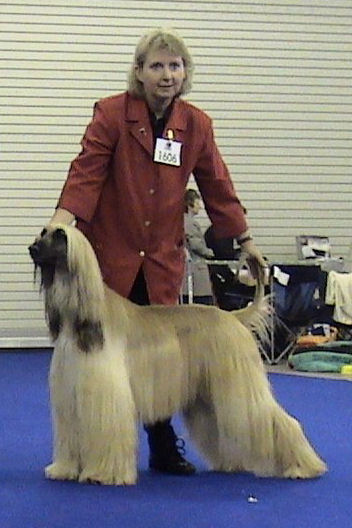 Bahiya is the best of all our Afghans. She has excellent construction and temperament. She is a really complete Afghan as she got 6 championship titles (she is champion of Belgium, Luxembourg, Germany-VDH, Germany-DAC, Swiss and International) and is also an excellent working bitch. She is the only so titled belgian Afghan participating also with success in lure-coursing and racing competitions. She won several challenges "Beauty & Performance", she was racing club champion (B-class) in 2007, 2008 & 2010. She got of course the FCI International Working Certificate.

She was Best Afghan Bitch of the Year in 2006 (Club Royal Belge des Lévriers and Belgian Afghan Hound Club systems).

She has been sired in January 2009 by multi Ch. Trouble du Menuel Galopin.

She is the mother of our young champion Indhira. 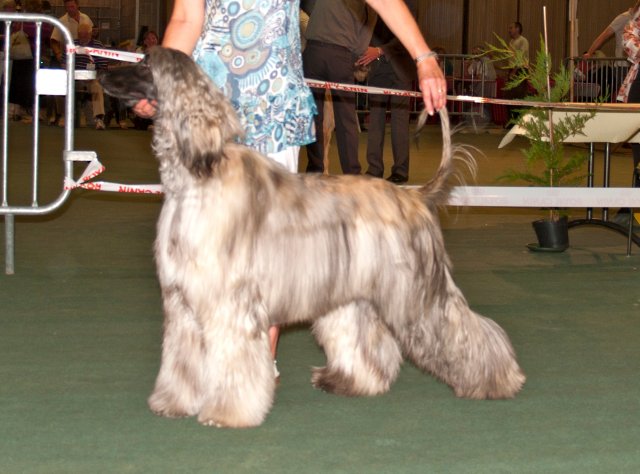 Indhira is the youngest champion of our kennel, as she got her first national title (Luxembourg champion) in less than 2 months, and at the age of 17 months, and is now also International champion.

She is also the first brindle bitch staying in the family. She has a strong construction, a very outstanding movement and very happy character.