December 6th, 2010
Bahiya is 8 years old today. The end of a long, happy and successful story.
Bahiya won 6 championchip titles in shows, 3 racing club titles (B class) and was every year well classified in the lure coursing national competition (3rd in 2010, for her last season).

October 16th & 17th, 2010
A great week-end again for Icyana & Indhira in Lausanne (CH). See Shows page.
In the same time, Ismaïlia was entered at her second coursing in Charmes (F). She got the 5th place/7, with an Excellent.

October 9th & 10th, 2010
On Saturday, Ismaïlia was entered at her first CACIL-coursing in Laferté sur Amance (F). She got the 4th place/9, with an Excellent. 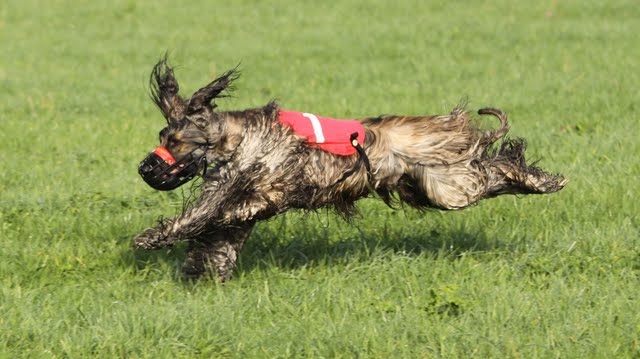 Beautiful pictures of Bahiya at the International Coursing of Amermont (B), on September 25th. See Pictures page.

September 18th, 2010
After a long serie of happy events, it is a drama which struck us today.
Our Whippet, Ch. Hunting Free Beachboy, died today, of an unpleasant fall while he had fun to run with our other dogs. Good bye my sweet love....

September 12th, 2010
Bahya got 2nd place and RCACBL at national coursing in Vien.

All results of Afghans and Whippets are now actualized.

We are actually too busy with the CACIB dog show that we organize on 24th & 25th of July. We'll come after that on our website to add all results and pics.