On April, 03rd, 2015, was born our first Whippet litter at Abd El Shiraz. They were 4 puppies, 1 boy, 3 girls. Their mother is our FAVI, and father is Multi Ch. Jilson du Clos d'Orffeng.

Brother of Oriana, he lives with his father in France, with Solange DUVAL.

He started very well his show career, with 2 Best Baby and one Best in Show Baby !

See his own page

Sister of Oriana, she lives Geneviève Massinon, in Belgium.

She started also very well her show career, with 1st Very Promising in Puppy Class the day of her 6 months!

On March, 28th, 2010, a pretty little whippet girl joined the family.
Her Name is MERADITH FAVOURITE EVERYONE "Favi". She was born on 12-12-2009 in Poland.
She is a daughter of Multi Ch. Koseilata's Dust on the Moon and Multi Ch. Meradith Kolejna Gwiazda. 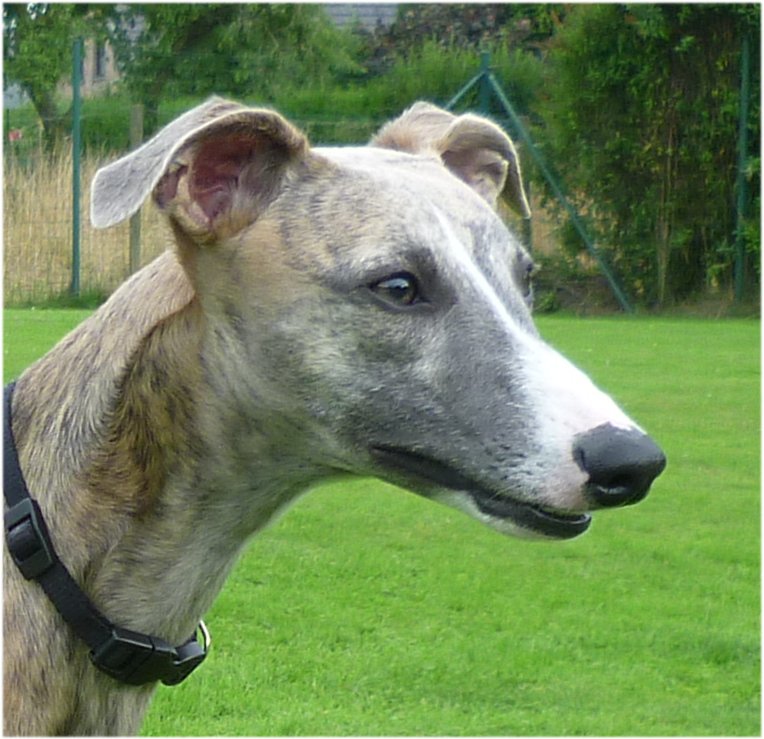 Since September 2002, we were proud owners of our first Whippet 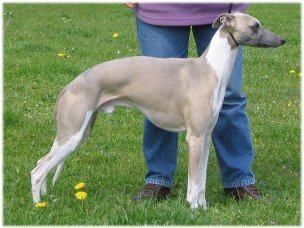 Mike was champion of Germany-VDH and Luxembourg, he needed only one CACIB in a foreign country to finish his International title and one CAC in Belgium to finish national title.
He was also an excellent working dog, placed a lot of time in national and international lure coursing competions (CACIL, RCACIL, RCACP winner).
We participated also in racing competition in our club.
Mike was ADN tested (ISAG 2006), but, unfortunately, did not have a descent.

All informations about Mike's kennel, click on the link : 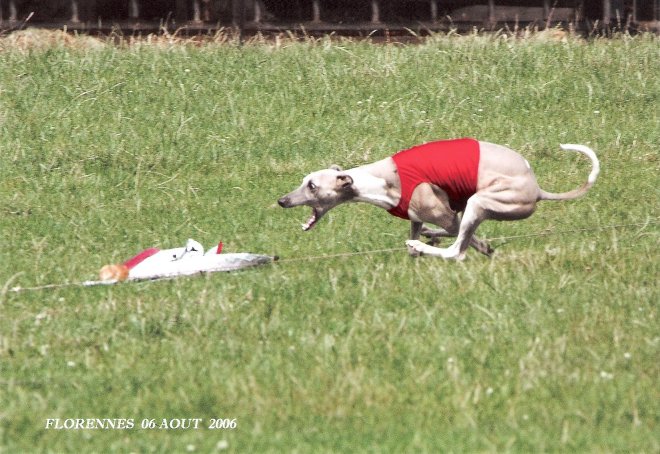