July 18th, 2009
Our sweet Vahlika died suddenly while racing in the garden with her daughter Bahiya and Whippet friend Mike. Probably the best death for an Afghan, but a nightmare for us. Vahlika was only 12 years old.

You can see pedigree of the puppies on the page "pedigree". 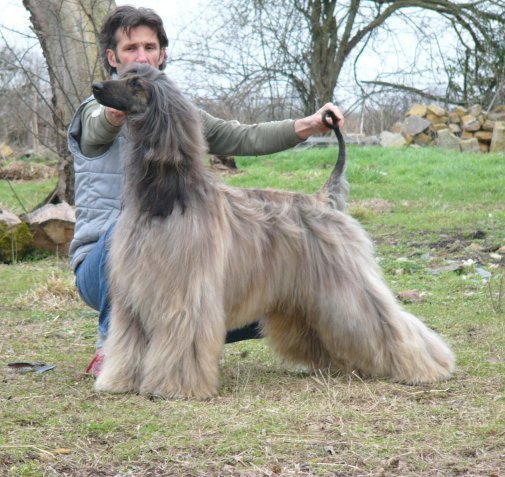 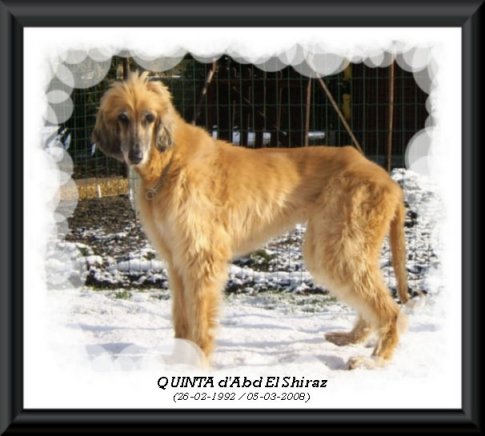 February 24th, 2008
With RCAC (CAC) on Saturday and CAC on Sunday in Fribourg (CH), Bahiya finished that week-end her 6th championship.

She is now champion of Belgium, Luxembourg, Germany-VDH, Germany-DAC, Swiss, and International. 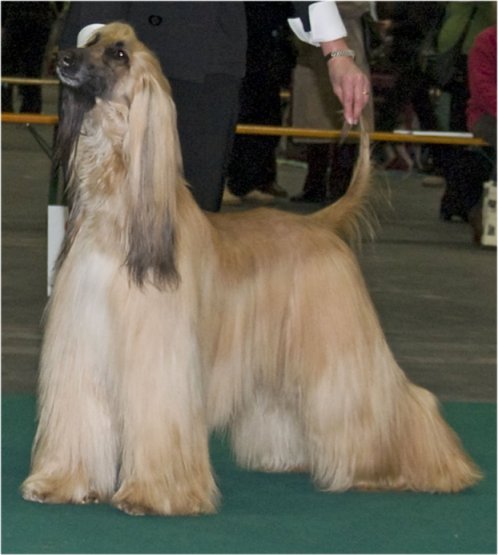 May 20th, 2005
Bahiya, the bitch, two and a half years later, at the age of 29 months in a lure coursing in Paray le Frésil (F).
We would like to show hereby that it is possible to have a nice dog performing well in both dog show and working activities.
She is already close to finish her first championship and has performed very well on May 15th, 2005 in Paray le Frésil, obtaining an excellent and finishing 5th on 10 at her second international coursing. 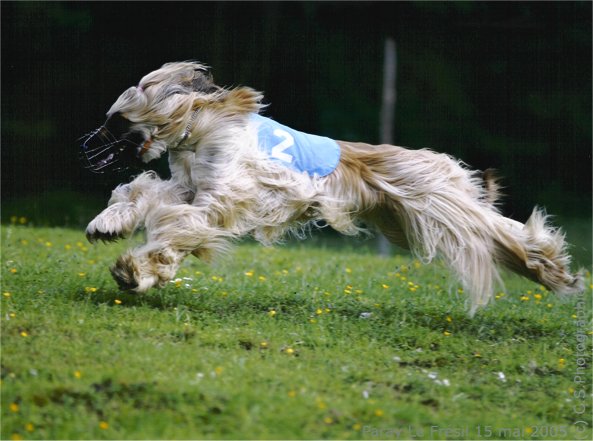 December 22th, 2002
B-Kids are 16 days old.
At this age, there is no big difference between the dog and the bitch.
The bitch is on the left.
They are lovely !